Yes. Carabiners are allowed on airplanes. The transportation security administration(TSA) regulations permit you to bring on board carabiners, ropes, and even quickdraw slings.

In this article, we will discuss what a carabiner is, why it is allowed on airplanes, and other helpful tips for you as a climber about your flying journey.

What Is a Carabiner?

A carabiner is a different type of one holed chain or holder, one looped with a spring-loaded gate, usually utilized when you need to quickly connect or engage components that can later be disengaged, most especially in systems that are crucial about safety. 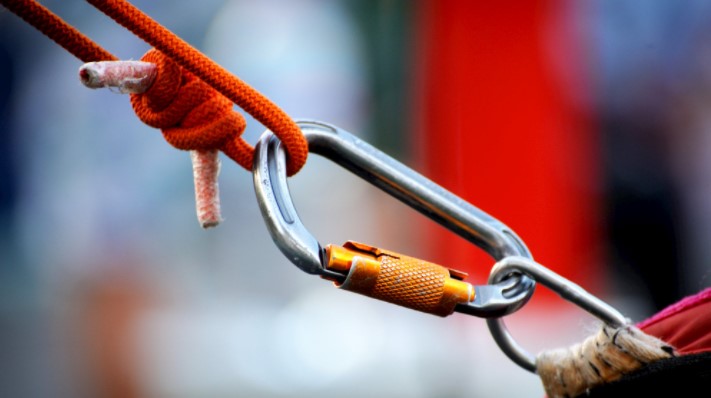 Why Are Carabiners Allowed On Airplanes?

There is no travel or safety regulation put in place by the TSA that does not allow you to carry carabiners in your climbing gear when flying. Also, you are free to bring as many carabiners as you want as long as it is in tune with the weight of luggage allowed on board when flying.

Nevertheless, you need to know and understand that the TSA has regulations put in place against items or tools that can cause damage to the plane, inflict injury on people, or can in any way, jeopardize or endanger people’s life and safety.

A Carabiner is not perceived as a dangerous item, except in cases where the edges have been sharpened or there is an intention to use it to hurt people which is very unlikely. This is because, when you are being checked at the airport by the travel officials before boarding a flight, carabiners will be screened for sharpened edges and any other modifications that could cause harm to people.

Well, you should understand that not all TSA officials are knowledgeable about mountain or rock climbing, they will be wondering what you need a carabiner for and may even start to question you. Ensure you calm your nerves and answer in the nicest way possible to prevent any form of suspicion since they are only looking out for the safety of everyone on board.

Additional Gears You Can Bring On An Airplane.

Not only carabiners are allowed on an airplane, but other items can also be brought along too. What are some of these items? 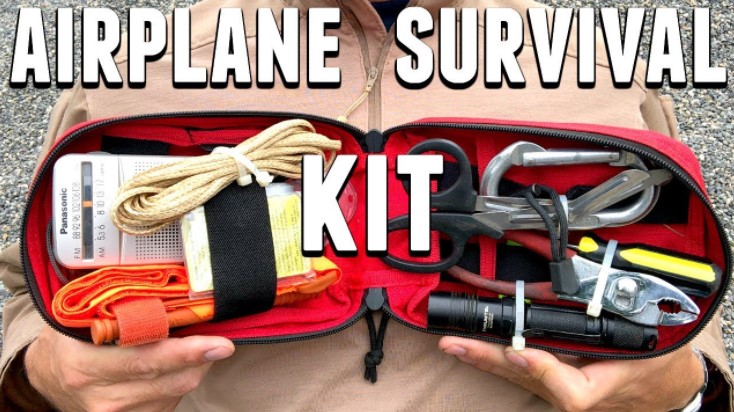 You can carry any form of chalk along with you on an airplane, either it’s a chalk ball or loose chalk. Loose chalk could however raise suspicions especially if you’re carrying too much of it.

This is because chalk majorly comes in white color, the same as some hard drugs or inappropriate substances. A chalk ball could easily be recognized as chalk and would not raise lots of suspicions but loose chalk could even be tested before you’re allowed on board.

However, know full well that you are not doing yourself or any other person on the plane any harm by carrying any form of chalk with you on a plane. All you need to do is be prepared to explain the reason you’re traveling with chalk and if the officials are prepared to test it, let them.

Once the TSA can ascertain its chalk, they will leave you to be on your way because there is no regulation in place that prevents people from flying with chalk.

A rope is not perceived as a dangerous item since it can hardly be used to cause any harm unless the carrier has an intention of strangulating people on board with the rope which is most unlikely. Also, ropes can scarcely endanger an airplane, jeopardize its safety, or cause any sort of harm to the people on board.

Some ropes are however weird to carry on. They can sometimes look very odd and could attract the attention of the TSA officials. This could raise suspicions and questioning, but always be ready to explain straight to detail what you intend to use the rope for and why you’re traveling with it.

All these can be packed inside your cabin luggage or checked baggage. You can carry as many clothes and shoes as you want. Only ensure that they do not supersede the limit for luggage allowed on board.

Items like nuts, harnesses, slings, and belays, can however be misunderstood. You might need to explain to a TSA official why you will need nuts on board and what you plan on using draw slings for. Once this information is ascertained, however, you do not have a problem flying on a plane with these items.

Gears You Cannot Bring On A Plane

Also, other items like ice climbing gears, saws, axes and cooking knives are not allowed because they can easily be used to harm someone. These cannot be allowed inside your checked baggage or luggage.

Carabiners are allowed on an airplane. There is no regulation from the TSA that prevents you from carrying a carabiner on board. Other items that are allowed are ropes and chalks but ice gears, knives, and saws are not allowed because they can harm people. It is possible to carry as many carabiners as you wish as long as it does not exceed the luggage limit allowed on airplanes.