Long fingernails might look pretty; they might also be good for a lot of other stuff but can you climb with them?

To answer this question, your ability to climb largely depends on the length of your fingernails but it is more advisable to climb with shorter nails.

Rock climbing and other climbing-related activities involve a lot of strenuous actions which include pulling, fastening, stretching, and gripping. These and more can not easily be achieved with long nails.

In the course of these activities, the underside of the nails on your fingertips can split, or crack thereby resulting in swelling, irritation, and possible infection on the nail skin.

Note that in getting your nails prepped for a climbing expedition, it is important not to cut them too short.

You can trim your nails to an ideal length for climbing which is, leaving a bit of white nail, and trimming the edges to the sides to avoid hangnails.

Trimming your nails too short is almost the same as leaving them long as, in both instances, your nails are pretty vulnerable and exposed to a lot of harm.

The length of your nails plays a huge role in determining how stressful or how easy your climbing experience would be. 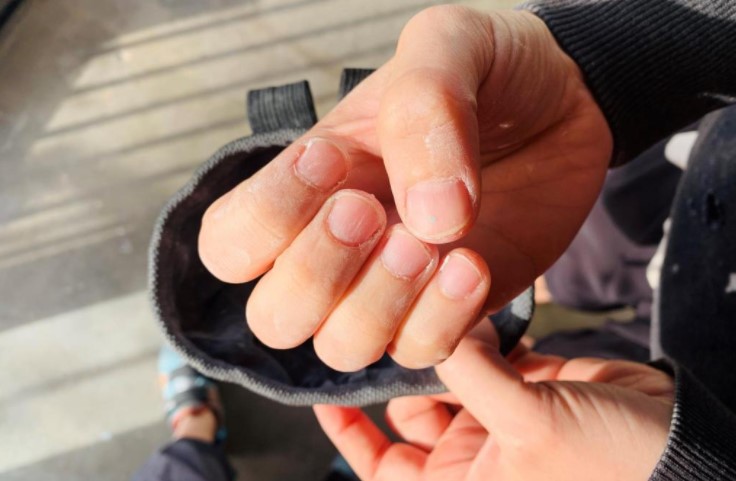 Shorter nails, compared to long nails, are more suited for climbing as they allow for a firm grip on ropes, handholds, etc.

Trying to locate a crack in certain parts of rock to serve as a handhold might prove difficult with long nails as they might get broken. This on the other hand would be fairly easier with shorter nails.

As stated earlier, to be on the safer side it is better to stick with short nails while climbing rocks or boulders, even trees.

One advantage of maintaining short nails while climbing is your nails are safe from dirt, chalk, and breakage. Picture a broken fingernail while climbing, with dirt and chalk, stuck in parts of it, definitely not a pretty sight.

Long fingernails allow dirt, which can be in the form of soil, sand, debris, to get into your nails as there is space for them to rest in. Note that you might not pay attention to these forms of dirt stuck in your nails as you might be preoccupied with climbing and getting to safer grounds.

It is important to note that excluding dirt, fungi can also get stuck in your nails, which is not only disgusting but a serious health hazard.

Fungi can cause thickened, ragged, brittle, or crumbly nails. This can lead to total removal of the entire nail or worse. It can all be avoided by keeping your nails short.

Perfect for switching holds while climbing

Short nails during climbing are perfect, especially when you have to switch handholds, which are sometimes farther than they seem and require jumping. 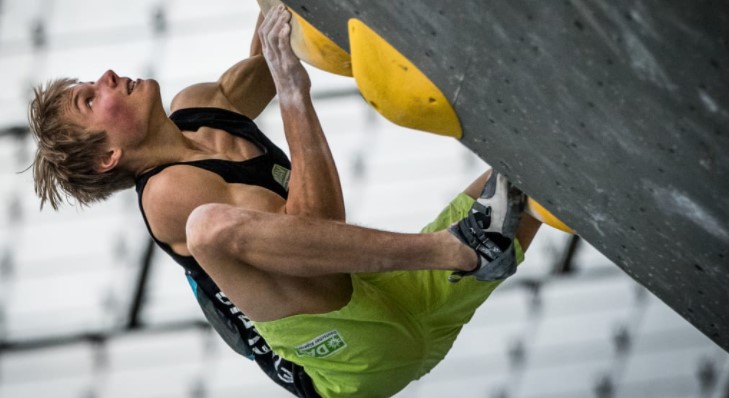 Imagine having to jump to reach a new handhold with long fingernails, what happens if a nail or two breaks off? You’d be left with a bloody nail bed which would result in real pain.

On one hand, some individuals might be lucky as they escape with just half a broken nail but it could be worse for others, leaving them with terrible or sore-looking nail beds.

To avoid this while climbing, and to keep your nails safe from harm’s way, it is advised to consider trimming your nails short.

Unlike longer nails that crack at the slightest pressure, short nails don’t crack. This is simply because they have been trimmed to an ideal length that allows them to fit into spaced cracks in sections of rocks.

Long nails are at risk of getting caught in soil, roots, thereby allowing sand, fungus, and other forms of dirt to get stuck in open spaces in your fingernails.

In the process of trying to grip a climbing rope with long nails, for example, you’re sure to lose the top part of one or more of your fingernails.

So, to enjoy your climbing experience with little to no hitches, stick with short nails.

Belaying, which includes two people, one on the ground floor and the other at the top, is one activity that can not be easily accomplished with long nails.

This activity involves the individual at the top pulling the one on the ground towards the top by controlling the rope. This is a very sensitive activity as the safety of the climber’s life is in your hands.

Serious accidents can occur and they do occur in the course of belaying. One factor that can hinder your ability to handle the rope properly is long fingernails. Clutching and pulling a rope with your fists tightly closed doesn’t seem like a pretty sight.

Shorter nails on the other hand are perfect as they don’t dig into your palms.

Climbing can be very fun and can go without a hitch if the essentials are put in place. An essential factor to guarantee a smooth climb is the state of your nails.

Your nails can be placed out of harm’s way by prepping them adequately for climbing activities.

When your nails are trimmed properly and kept in good shape, they make the climbing way easier and less painful. If not properly trimmed, they could come out all jagged and swollen.

Climbing with long fingernails involves a ton of risks as it exposes you and your nails to harm. This in turn might result in various forms of injuries or worse case scenarios, death.

Protecting your nails from infection, breakage, discoloring, is essential as you wouldn’t want to come out of a climbing expedition with swollen or ragged nails.

Staying safe while outdoors is crucial to your survival which is why keeping your nails at an ideal length is important.