There are two major categories of climbing technique: static and dynamic movement. Both have their own pros, cons, and applications depending on the type of climb. Understanding what they both are and when to use them can help you progress as a climber.

So, what is dynamic versus static climbing? Static climbing involves moving in a slow and controlled manner, where you shift your center of gravity before making your next move. Dynamic climbing is a faster, more powerful style that often involves swinging through multiple moves quickly and can require taking both hands (and potentially both feet) off the wall at once.

In this article, we’ll look more in-depth at the definitions of both climbing styles, the pros and cons of each, and the differences between static and dynamic climbing styles and dynamic and static ropes, as the words have different meanings in each context.

Using the static climbing technique, climbers will move each limb one at a time to the next hold. This allows you to test the next hold before you fully commit, which can make it safer and less scary especially when climbing outdoors. It allows you to move precisely and in a very controlled fashion, and it typically requires a lower level of exertion over a longer period of time when compared to dynamic climbing.

One of the most common moves associated with static climbing is flagging, which is when a climber extends one leg as a counterbalance and to help prevent them from barndooring off the wall. Flagging allows you to situate your center of gravity so that you can reach for the next hold in a controlled way, rather than tipping towards it or having to jump for it.

Static climbing is commonly used for all kinds of outdoor climbing and indoor sport climbing. It is essentially the only way to climb slabby routes that have tiny holds and rely more on balance than strength.

Dynamic climbing involves much faster movement with more swinging of the body. It is more similar to the style of movement you would associate with doing the monkey bars, where the momentum of your body helps propel you to the next bar or hold. Dynamic climbing can be more efficient than static climbing, and it can allow you to reach holds that wouldn’t be accessible statically. It can involve jumping to another hold while taking both hands and both feet off the wall (dyno-ing), or simply using powerful, explosive moves to skip holds as you move up the wall. 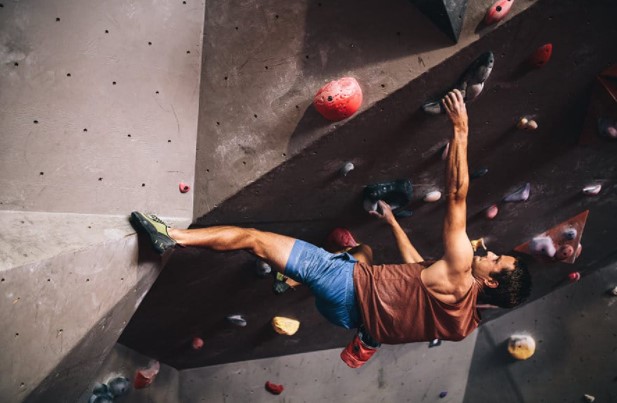 Dynamic climbing can be challenging since you are effectively jumping blind and hoping that you will catch the next hold, that it will be a favorable enough hold that you can actually hang on, and that your momentum doesn’t carry you past the hold and to the ground. It requires shorter bursts of power and strength, although it has less of a focus on technique overall. However, learning to dyno effectively is definitely a skill, and it takes a lot of practice to get it right.

Which Climbing Style is Better?

Both climbing styles have their own merits, and it honestly comes down to personal preference as well as the type of climbing you are doing. It can be beneficial to train in both styles of climbing to maximize your technique as well as your strength, though most climbers find that they prefer one over the other. And, again, many climbers will adopt a more aggressive dynamic climbing style while in the gym and a more conservative static technique when climbing outdoors.

It’s important to note here that the words ‘static’ and ‘dynamic’ are also used to describe different types of rope, which can be a bit confusing. Here’s the difference: 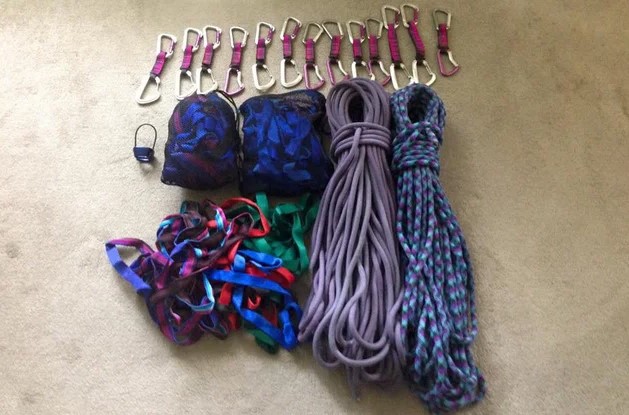 Is Mountain Climbing Dynamic or Static?

It can be either, depending on your climbing style and the exact moves involved in the route. Most climbers primarily use a static technique when climbing outdoors, though not always.

What Is Dynamic Climbing?

Dynamic climbing is a fast, powerful, and explosive style of climbing that relies on quick bursts of movement to quickly move up a climbing route. It often involves swinging your body weight, skipping holds that static climbers would use, and dyno-ing, or jumping for a hold where all four limbs leave the wall at once.

What Does Static Climbing Mean?

Static climbing is a slower, more controlled climbing technique. It allows you to reach for a hold, test it, and ensure that you want to use it before you commit to a move. Static climbing involves more technique, though it can be slower and more energy-intensive.

Is Static Rope for Climbing?

No, static rope should essentially never be used for climbing—at least for belaying a climber. Static rope can be used to haul gear, for use with ascenders, and for lowering an injured climber. But, the impact of falling on a static rope while climbing can cause serious injury.