Lead climbing is a thrilling sport that allows you to push your mental and physical strength to the absolute limit. However, it’s a huge transition for those venturing from rope climbing. It’s scarier and requires more commitment. But is lead climbing dangerous?

Lead climbing might look adventurous, but it’s laden with risks. This makes it a hazardous sport. The fall distance is almost twice the distance from your last protection point.

The probability of getting minor and severe injuries from a fall is very high. That’s why you should perform this form of climbing in the presence of a skilled, experienced climber or belayer. Here are some of the risks involved.

Belayers play a critical role in most forms of climbing. But in lead climbing, your belayer is responsible for keeping you alive. That’s why you should never pick a beginner or inexperienced person as your belayer. Make this mistake, and it could end up costing your life.

Always select experienced belayers who have undergone training. Finding such lead belayers might be difficult, but you should be patient enough to find the right person.

Some of the roles these individuals perform include:

Toe tuck, also known as danger feet, is a common yet terrible mistake in lead climbing. It occurs when you accidentally wrap the rope behind your foot or leg while climbing. It mostly happens to beginner climbers, but even savvy climbers do make this mistake. 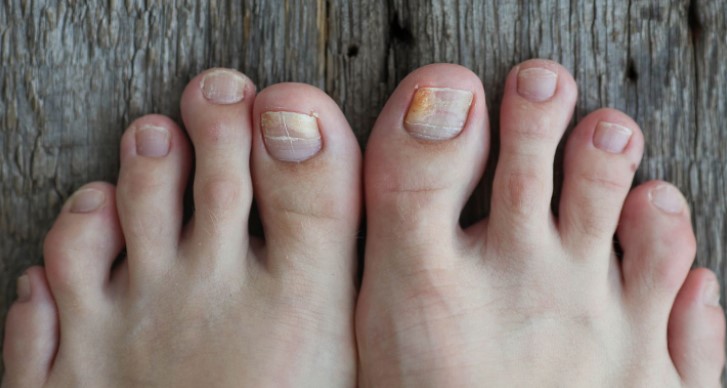 If you fall, you will flip, spin, twist, and might slam your head into the rock. When falling, it’s almost impossible to control your body.

You can avoid toe tucking by ensuring your leg is never behind the rope. Most experienced climbers are aware of this, but amateurs might need several training sessions.

You can also circumvent this mistake if you work with an attentive belayer. The belayer might notice such a mistake early and call it out. In the end, you avoid falling and getting injured.

A whipper occurs when the lead climber falls beyond the last piece of protection. If the fall is huge and the load on the rope extreme, the falling climber might lift the belayer from the ground.

Such situations get nasty if the belayer isn’t using belay devices like the grigri.

Teabagging occurs when the falling climber falls past the belayer.

You can’t answer the question, is lead climbing dangerous without addressing decking. 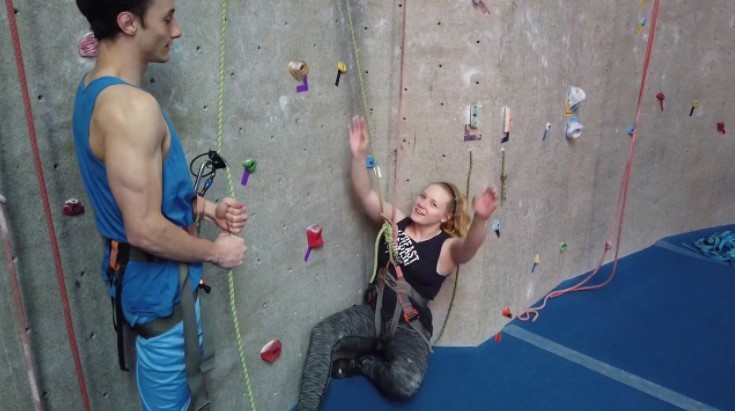 A fall can result in:

You’re at high risk of decking while on the first bolt. This isn’t the case when you clip the second bolt. Even if you fall, the rope will prevent you from hitting the ground.

There are several ways to avoid decking. First, you need to be very cautious when climbing. Second, route setters should place the first bolt high enough. The third way is working with skilled belayers who can spot you while ascending.

Another way to avoid decking is to embrace stick clips. These extendable poles help you to clip a rope or draw to the first bolt. A pre-clipped quickdraw ultimately reduces your chances of hitting the ground if you fall.

Pendulum falls occur when you fall from a tight rope. Such a fall causes you to swing back towards the hard wall. If you fail to react quickly, you will undoubtedly slam the wall. 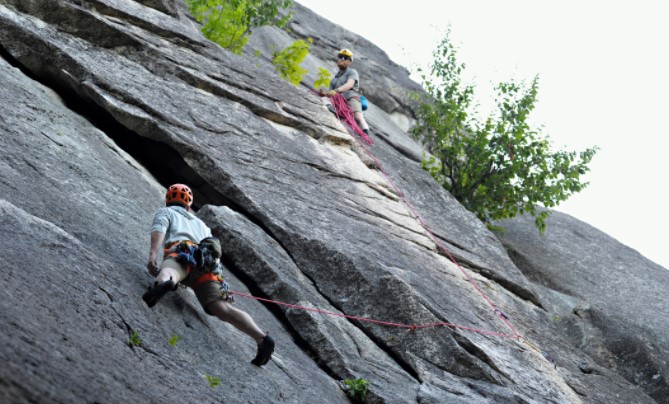 Smashing your body against the hard surface may cause broken bones, cuts, bruises, dislocations, concussions, and other blunt force traumas.

When you’re in a pendulum swing, ensure to stretch your feet out. Your feet will act as a cushion that absorbs the hard impact.

Pendulum falls are preventable, but it takes the combined action of climbers and belayers. As a climber, you shouldn’t venture too high above your clip. You can also pick overhung routes, although they are much harder to climb.

Your belayer can prevent pendulum swings by controlling the amount of slack in the rope. It’s advisable to let out more rope.

The more slack the rope is, the lesser the angle it generates when it gets tight. This, in turn, generates less lateral force when a climber is swinging. An experienced belayer knows the right amount of slack to prevent pendulum swings.

Rock climbing can sometimes be nerve-wracking. That’s why it’s easy to lose focus and make mistakes. An error you can ill afford to make is wrongly placing climbing gear. Such an error can cause the equipment to rip from the crag and result in falling.

Back clips become dangerous when you fall. The rope can easily unclip from the carabiner, resulting in a free fall.

You can evade this problem by staying focused when clipping. Your belayer should also be on the lookout and pinpoint back clips.

Z-clipping occurs when a climber clips a rope from below the last bolt to a higher bolt, creating a Z shape. This issue is prevalent in routes that don’t use adequately spaced bolts.

Z-clipping renders the higher bolt useless, meaning the previous bolt still protects you. It affects the rope’s distribution and may double the fall distance.

This problem isn’t hard to identify. You’ll notice a rope drag once you start rock climbing. You have to downclimb to the wrongly clipped quickdraw to fix this issue.

So, is lead climbing dangerous? Yes, it is. The results might be rewarding, but you can’t ignore the risks. The biggest danger comes from falling. You can avoid severe injuries and mistakes by training and working with experienced climbers/belayers. You also need to know your limits.