In climbing, just as it is necessary to adhere to safety precautions in terms of the type of climbing tools you choose to buy, so is the importance of an investment in improving your hand grip.

Using the bare hands in climbing is just as dangerous as climbing without shoes because a firm hand grip plays the role of a protective sheath over the hands while climbing.

A considerable degree of friction is required to maintain a firm grip on holds and edges during climbing and this cannot be achieved with the use of bare hands.

The necessity of a firm grip led to the improvisation of chalk which serves to keep the hands dry and improves grip. One can regard coating of the hands with chalk as a ritual of initiating the hands for climbing activities.

What is a Climbing Chalk?

The main content of the chalk is magnesium carbonate, a solid, white, inorganic substance that is insoluble in water. There are different brands and types of chalk which vary based on the other content in the chalk. These variations in the types of chalk indicate that not all chalks are the same and their applications can vary. 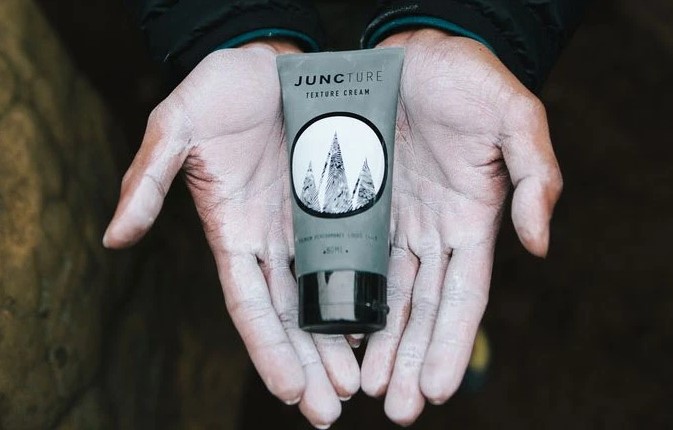 The extra ingredients apart from magnesium carbonate in different types of chalk can be limestone, rosin, Metolius, essential oils, and drying agents. Not everyone will react to these extra ingredients, in the same way, that is why it is advisable to individualize your choice of chalk.

Chalk does not have its application restricted to climbing parlance alone. It is used as a drying agent for the hands by gymnasts and weightlifters to improve their grip on weights just as it is used to improve grip on rock surfaces. In hot extremes of air temperature, the chalk keeps the sweaty hands dry, hence preventing slips from holds and edges.

How to Use Chalk

Chalk comes in different forms. It can be in the form of a block or powder. Just rub on your palm and avoid applying too much at a time to prevent you from inhaling it too much. 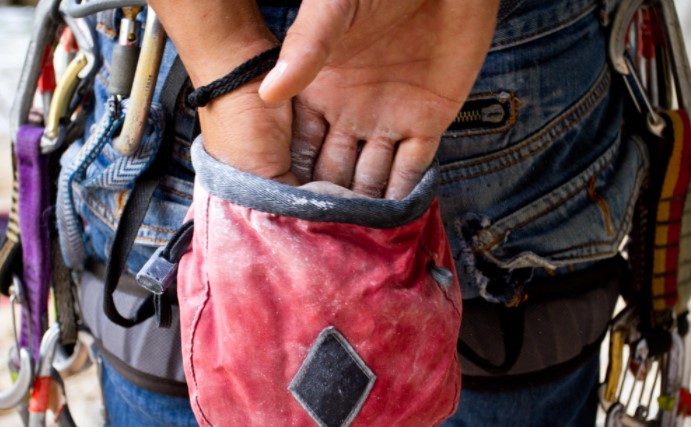 The major difference between the  liquid grip ( also known as liquid chalk) is in the constituents. The liquid grip is a water based hydrocellulose thickener  that has rosin and chalk conjoined in a suspension while the chalk is magnesium carbonate

One of the major ingredients of the liquid grip which is rosin is a spongy resin. It acts as an absorbent for water and this makes it capable of keeping the hand dry while alleviating all chances for slipperiness from your hands in conditions that can cause it.

The liquid grip has a special characteristic which consists in its ability to attach to the skin readily. It also functions as an antiperspirant for your hands such that when it’s hot your hands do not sweat . The suspension of rosin and chalk works in such a way that rosin glues the chalk tightly to the surface of your skin and this is responsible for the long time of action of the liquid grip.

How to Use Liquid Grip

Liquid grip is especially useful in the difficult climbs of long duration. If you want to avoid the need to chalk your hands every now and then you can use the liquid grip at once and focus on your route.

Why Use Liquid Grip ? 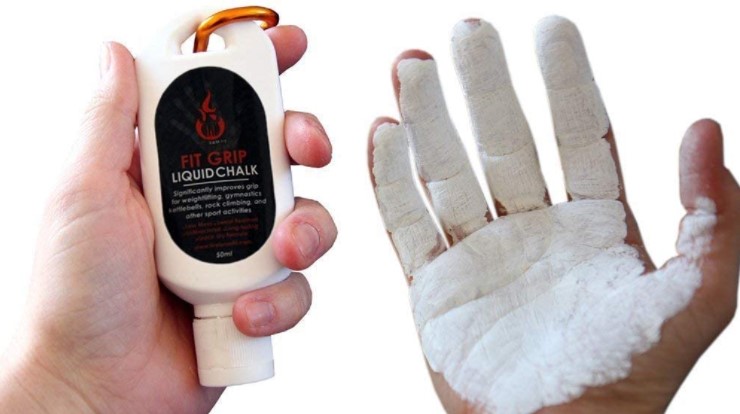 The liquid grip does not weigh as much as the chalk and because it is always stored in a container it is easier to  carry them around.

The liquid grip has been found to last longer than the regular chalk which makes it to be a better choice for competitions.

Due to the alcohol content which  is the solvent in the liquid grip  it has been found that it has a hand sanitizing effect.

Chalk does not occur as in chalk. This quality makes it safe for use in people with respiratory conditions such as Asthma .

The liquid grip is more like an improvisation done on the chalk that is traditionally used. It is a very good material for improving the hand grip and it is popularly preferred by climbers. However , it has an unusual drawback which is skin irritation , but  this is not the case for everybody. Some people are also allergic to rosin , therefore , it is advisable to avoid using liquid grip if you react to it.

If your hand is naturally dry you may be in the group of the few people that should use liquid only in small quantities so as to avoid scaling of the skin afterwards due too much dryness.

The choice of chalk you eventually go with should be determined by your past experience with them and the purpose of the climbing . You can try out different products to know which of the types is appropriate for you.