The dangers of outdoor rock climbing can be distilled down to eight main categories: falling rocks, inclement weather, gear failure, improper gear or lack of gear, human error, big falls, injuries while climbing, and the approach.

In this article, we’ll look at what each of these risks entail and how to prevent or mitigate them as much as possible. 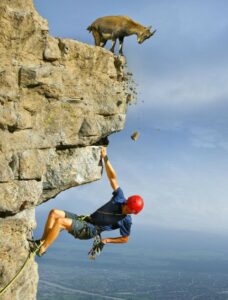 Sections of the rock wall or boulder can break off and fall at any time, whether a climber is touching that part or not. Falling rocks can range in size from innocuous pebbles to massive and potentially deadly boulders. Some heavily trafficked outdoor rock climbing areas are relatively safe from falling rocks, since any loose pieces have long since been broken off. However, it’s always a good idea to remain vigilant and look for any indication that a rock might fall.

Climbing helmets are the best line of defense against falling rocks. A common rock fall scenario is when a sport climber either pulls on or steps on a loose piece of rock, dislodging it and sending it tumbling down directly on top of their belayer. As such, it’s especially important to wear your helmet at all times around a rock wall, even when you aren’t actively climbing. If you are climbing and notice a falling rock, yell “ROCK” so those at the base of the wall will hopefully have some time to react.

Weather can change fast, especially in the mountainous areas that are often home to some of the best outdoor rock climbing. While the onset of a snow, wind, dust, rain, or hail storm can certainly make climbing much more difficult, it is in fact generally the inattention to detail and mistakes caused by the thought of the impending storm that lead to accidents. 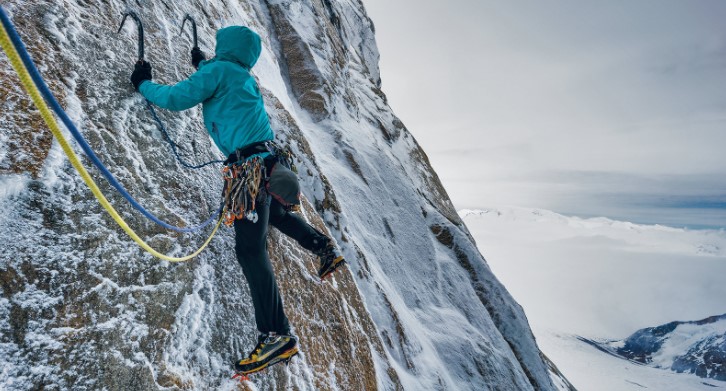 Check the weather reports carefully for where you plan to climb, and be conservative with your assessment of weather risks, especially if you will still need to hike back to your car and/or drive off the mountain when a storm hits. If the weather does change out of nowhere, do your best to remain calm and focused until all climbers are safely back on the ground.

Despite rigorous testing, climbing gear does occasionally fail – especially if it’s old and worn out. Ropes can snap, carabiners can break, bolts can be pulled out of the wall, and so forth. Any one of these things can result in a serious mishap. 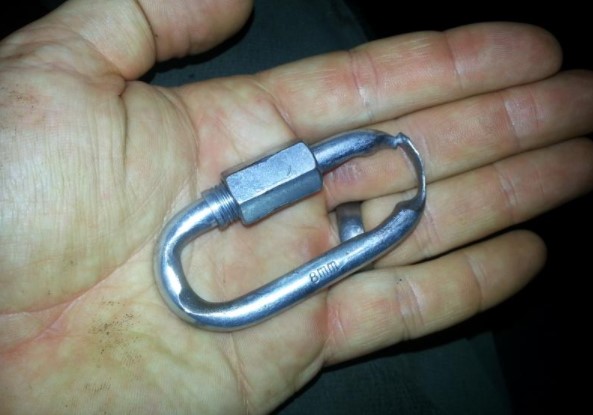 As such, it’s important to maintain and inspect your climbing gear regularly. Look and feel along the entire length of your climbing rope to check for fraying, wearing of the inner core, and so forth. Retire your hardware when it becomes worn down or develops sharp edges.

Improper Gear or Lack of Gear

In some cases, climbers will begin a climb without the necessary gear, whether that’s a result of inattention, cockiness, or a lack of knowledge. For example, if a climber gets to the top of a sport route to clean it (remove his gear from the anchors at the top) and he forgot to load his personal anchor system onto his harness, he may be tempted to try to clean the gear without clipping in directly or perform some other kind of risky maneuver.

Check your partner’s gear before beginning a climb and have them check yours as well. This is the simplest and most effective way to prevent this problem.

Beyond simply forgetting gear, there are a few other ways that human error can present risks in outdoor climbing.

Overestimating one’s abilities can cause a climber to get in over their head on a climb. Unfortunately this is easy to do – both bouldering and sport climbing use the same scales of difficulty for indoor and outdoor versions, but an indoor V2 bouldering problem will almost always be vastly easier than an outdoor V2, and same thing with indoor 5.8 sport route versus an outdoor 5.8. 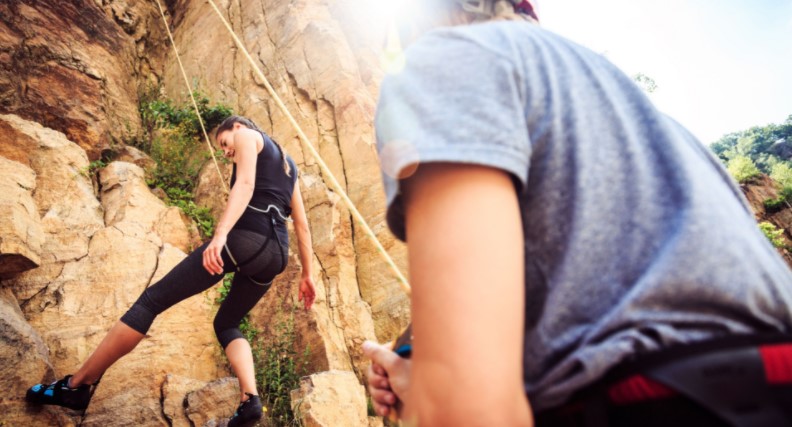 Additionally, simply forgetting steps of the climbing process can also be dangerous or even deadly. In fact, the most deadly aspect of outdoor sport climbing is rappelling, and specifically climbers rappelling off the ends of their ropes and falling to their deaths – which can be completely prevented by following the Climbing 101 principle of tying a barrel knot in the ends of your rope before you throw them down to rappel.

There is also significant potential for errors like backclipping, letting go of the rope while rappelling, inattentive or inept belaying, climbing off-route, and so forth.

Avoid these mishaps by being realistic about your abilities, establishing and following strict safety protocols for yourself and your climbing partner, and being situationally aware at all times.

Falling from a boulder problem can result in serious injuries since there is no rope to protect you, and especially if you’ve skimped on crash pads and/or miss the pads altogether when you fall.

Lead sport climbers can also suffer from big falls known as ‘whippers,’ which is when they have climbed above one bolt but have not yet reached the next – then they fall the distance to the previous bolt times two, plus the stretch of the dynamic rope. 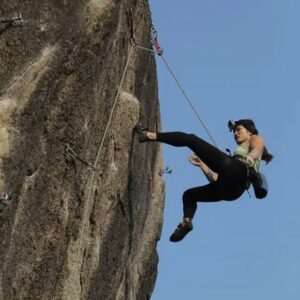 Falls are particularly dangerous when approaching the first and second bolts, as a fall before either juncture could result in the lead climber falling before clipping in at all or falling so far that they actually hit the ground before the rope/their belayer catches them, known as ‘decking.’ This also presents the danger that the falling lead climber could actually land on their belayer, possibly injuring both people.

Even if a lead climber is caught by the rope before hitting the ground, there is still the potential for bruises, abrasions, broken ankles, and so forth when the rope catches them and they then bounce (or smash) against the wall.

While falls can happen to even the most expert climbers, proper belay, bolt clipping, and falling techniques can be learned and practiced to prevent a fall from becoming a catastrophe.

Additionally, climbers might get injured while on the wall from either poor technique, overexertion, or plain old bad luck. Such injuries can occur on almost any part of the body and range from minor to very major. 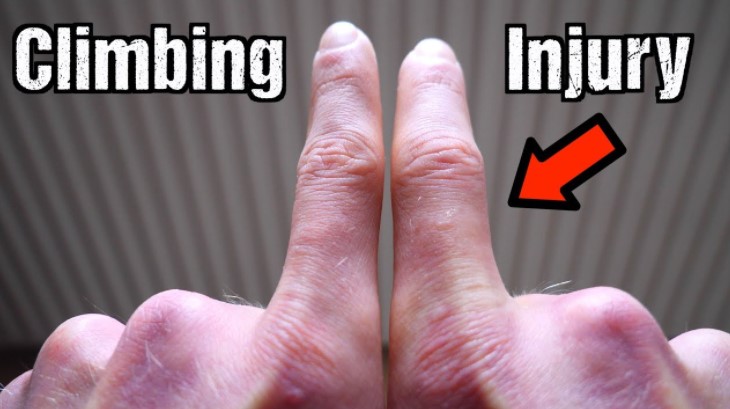 Ensure that your muscles are warmed up before climbing, and maintain a level of fitness that allows you to be reasonably confident in your body’s ability to handle throwing that heel hook or nailing that dyno.

Finally, many climbing spots are in remote, difficult-to-reach areas that require a significant hike in and out, known as the approach. You also need adequate map-reading skills or GPS signal to even find many crags or boulders, and be able to match up routes on the rock to what’s described in the guidebook or on Mountain Project. Otherwise you might accidentally hop on a 5.10 when you meant to try a 5.7.

Additionally, you’ll need to budget your energy accordingly, knowing that you’ll need to hike out after climbing. And, there’s always the potential for injury or exhaustion while on the hike itself.

Research the approach in advance, wear proper footwear and clothing, bring plenty of water and snacks, and don’t climb until you’re completely depleted if there’s a long hike back to the car.

Rock climbing is inherently somewhat dangerous, but proper gear and safety protocols make it no more dangerous than other popular outdoor sports.

The majority of rock climbing deaths are caused by climbers rappelling off the end of their ropes, but big falls, failed gear, climbing without proper protection, falling rocks and so forth can also result in fatalities.