Many people dream about being able to travel and rock climb full-time without having to worry about working a 9-5 or winning the lottery to fund their lifestyle. However, since there’s not a professional climbing league (there’s nothing like the NFL for climbing, sadly), it can be pretty difficult to make this dream a reality. Only a small handful of climbers are able to make money off the sport, and an even smaller handful make enough money to actually live on.

So, how do you make money rock climbing? The most common way to make money from rock climbing is to get sponsored by a brand or company. However, you can also earn money by guiding or coaching, public speaking about your climbing adventures, writing/photographing/filming either featuring your climbing pursuits or someone else’s, working as a stunt double, or working in a climbing gym or a gear retail setting.

In this article, we’ll look at each way to make money from climbing in more detail, plus answer some frequently asked questions.

In the past, landing a sponsorship from a big company like Patagonia, The North Face, or Black Diamond was the primary way to earn a decent living from climbing. The brands would supply a professional climber with gear and/or apparel in addition to a salary, and the climber would then rep the company’s products at the crag, in photoshoots and ads, and sometimes during big climbs that were filmed and publicized. 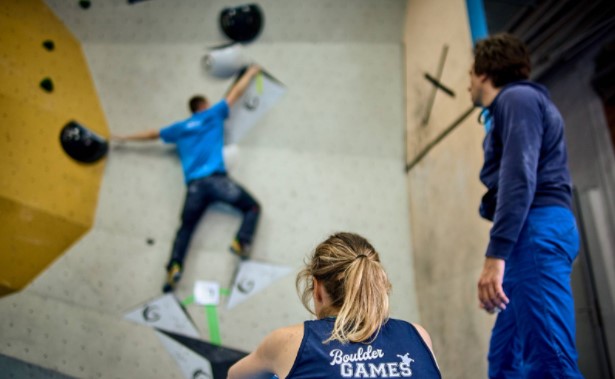 While this is still a big source of income for elite professional climbers, social media marketing and sponsorships from smaller companies are making it easier for more climbers to earn money. Often, rising star climbers will snag sponsorships from several smaller companies and then post photos or videos of them wearing or using the company’s gear on their social media page. They are commonly paid on a per-post basis, and can cobble together a stream of income from a variety of sponsorships.

This can be a good way to work up to the big leagues as The North Face isn’t likely to sponsor someone they have never heard of, but if they see you climbing hard and working successfully with smaller brands, it can increase your chances of future sponsorships from the big-name companies.

Guiding climbing excursions, teaching courses, and coaching less experienced climbers are also solid ways to earn some income from climbing, while also still getting to climb yourself to some extent. Few really famous climbers still rely on guiding income since they are typically very busy climbing themselves, but it can be a good income source for lesser-known climbers, especially if you love teaching and meeting new people. You will need to get certified to guide others on climbing expeditions, and then market your services effectively in order to earn any money. 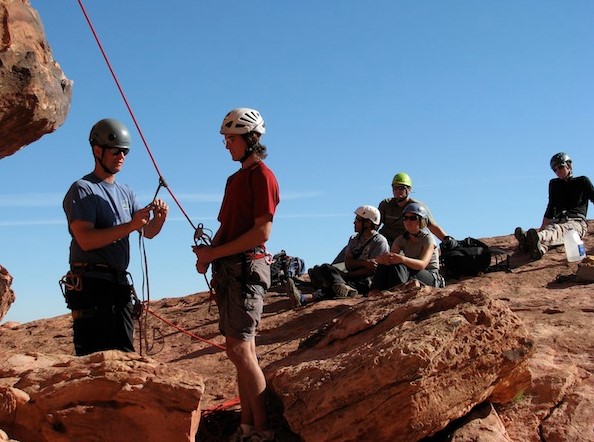 Some climbers take on public speaking gigs, where they frame their stories of adventure and adversity into motivational or inspirational presentations. Companies or individuals then hire the climber to come speak to a group. However, this requires that you have some gnarly and/or very interesting stories to share, as it’s unlikely that anyone will pay you to give a run-down of your awesome spring break climbing trip. But, if you have a death-defying, harrowing, or otherwise unique story to share, public speaking can be lucrative. 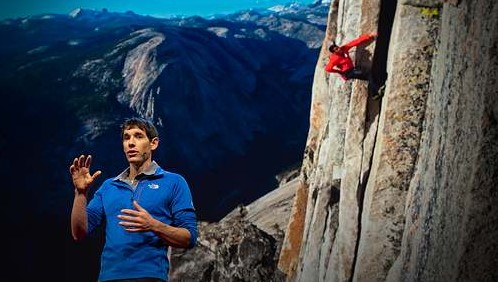 If public speaking isn’t your thing, you may want to try writing about your adventures, or dabbling in photography or filmmaking. Some climbers have been extremely successful at writing memoirs or taking photos or film footage that can only be captured while on the wall. Jimmy Chin is perhaps the most notable example, as he started out climbing and then got into photography and filmography, and has now filmed and produced popular mainstream movies like Meru and Free Solo.

Of course, you do need to be fairly talented to actually make money from these pursuits, but if you are creative and artistic, writing, photography, and filmmaking about the climbing world can be a solid source of income.

Working as a Stunt Double

To work as a stunt double, you will need to be a very strong climber and, obviously, open to taking risks and comfortable in front of the camera. Chris Sharma has done some stunt double work for movies, although you can also look for stunt double opportunities in commercials as well.

Working in a Climbing Gym or Retail Store

Finally, you can use your climbing knowledge and passion to snag a slightly more traditional job, like working in a climbing gym or a retail store that sells climbing gear or apparel. At a climbing gym, you can either work at the front desk handling check-ins and gear rental or you can work as a route setter, which is likely far more interesting and allows you to be hands-on with the wall much more regularly. You can also teach classes at climbing gyms as well as at retail stores like REI that offer courses. 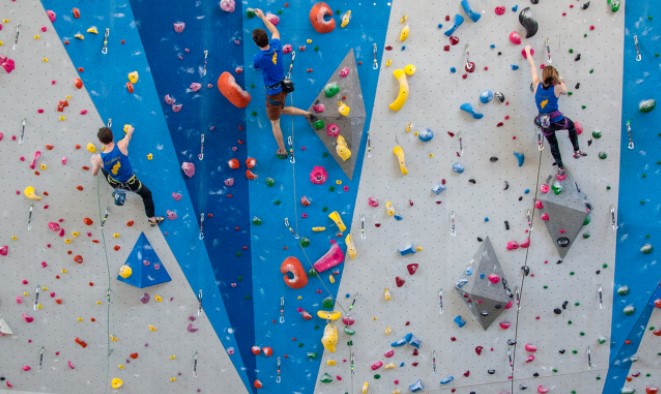 How Much Money Does a Rock Climber Make?

It really just depends on how good the climber is and how well-known they are. For example, household-name climbers like Chris Sharma and Alex Honnold can make anywhere from about $100,000 to $300,000 per year. However, most climbers make far less—according to Rock and Ice, 58% of pro climbers make less than $10,000 per year from climbing.

Some do, but it’s not an easy career path. Most climbers have at least some type of ‘regular’ job in addition to any income they bring in from climbing or climbing-related pursuits.

Is 25 Too Old to Start Rock Climbing?

It’s never too late to start rock climbing. However, starting at 25 is most likely too late to become a superstar professional climber. But, it’s not impossible!

How Do You Become a Professional Rock Climber?

Most importantly, you have to climb very hard. Beyond that, you need to build a name for yourself with a social media presence, brand sponsorships, winning climbing competitions, and so forth.